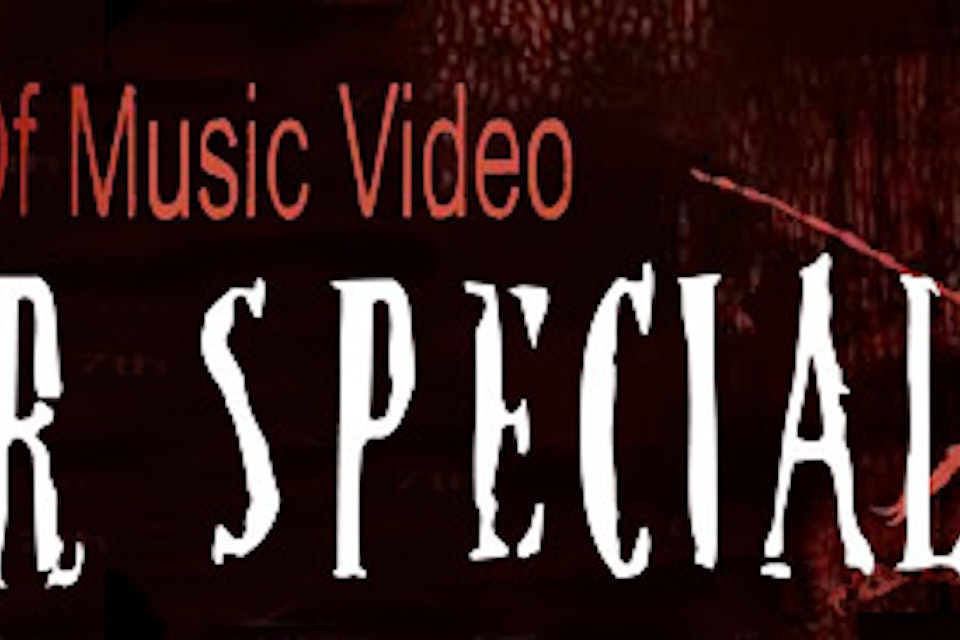 BUG’s Halloween special at the BFI Southbank: a screening of the most horrifying, and monstrous vids from the annals of modern music video, presented by top British music video director, horror aficionado, and soon-to-be horror movie director Corin Hardy, which will be followed by a Halloween costume party.

BUG: The Evil-ution of Music Video arrives at in NFT1 followed an acclaimed showing at the Big Chill festival in August. And this time the audience are invited to attend in appropriate costume for the show and a special party in the BFI’s Benugo bar afterwards.

Corin, director of The Horrors’ She Is The New Thing, The Prodigy’s Warriors Dance and many more outstanding videos – is an authority on horror movies and horror-themed music videos, who has just been greenlit to direct his own debut horror feature, Refuge, through Sam Raimi’s Ghost House Pictures. He also appeared as a zombie in Edgar Wright’s Shaun Of The Dead – that’s him below, in character.